First, depth and depth of field are two different things. Depth of field has been covered in a previous blog, so I’ll look at depth.

Depth is the perceived size of a subject as interpreted by the brain. Distant objects appear smaller the greater the distance from the viewer, yet the brain can interpret the image and inform the viewer of the correct size, rather than the perceived size. It is this depth that gives a photograph a three dimensional feel to a two dimensional image.

The simplest form is by using converging lines, such as a straight road. Using this technique leads the viewer to perceive the road reaching vanishing point. This is known as linear perspective. This perspective can be emphasised using a wide angle lens as this broadens the foreground and so the depth variance is enhanced. Using this method is known as lens compression. The position of the camera will change the perspective. A low viewpoint and a high viewpoint will give a completely different image and perspective.
Another method to give depth to a photograph is to have a straight line, with objects along the line that are of the same size, like posts or a fence. The objects appear taller in the foreground but appear to reduce in size as the background is viewed. The brain knows they are the same size, and so perceives depth. This is known as diminishing perspective. If this technique is applied in both horizontal and vertical planes then the sense of depth is enhanced. 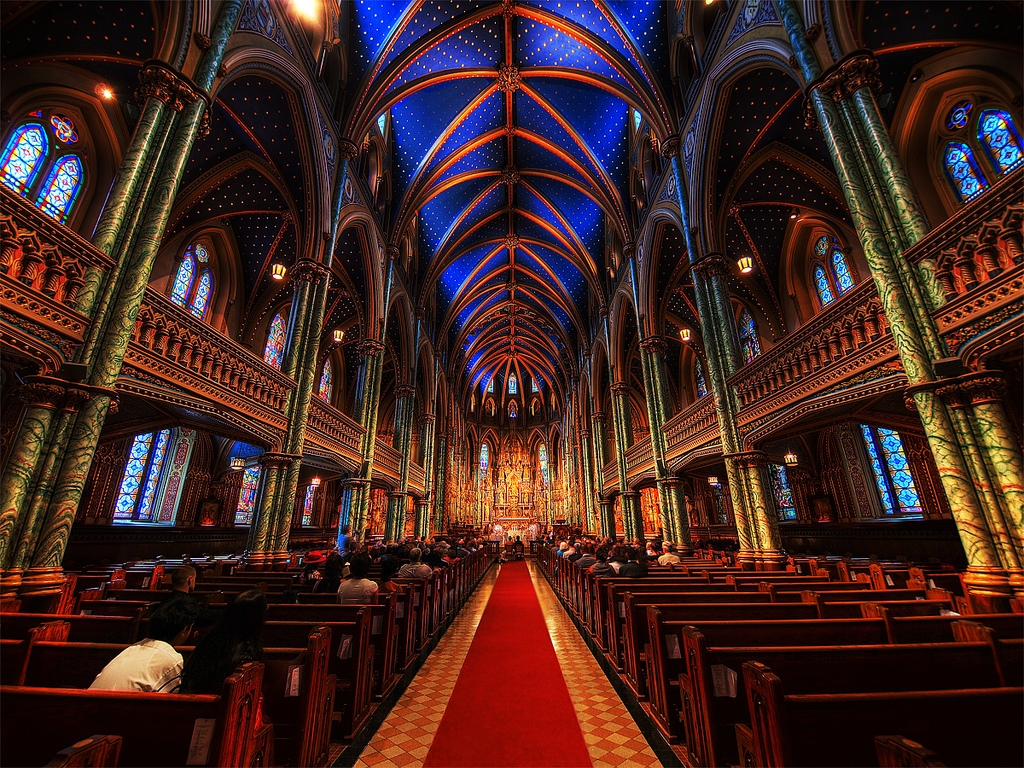 © Paul Bica
A popular form of diminishing perspective is using the Fibonnaci sequence. This is something that is common in nature and involves a set of numbers that starts with one and each subsequent number is the sum of the preceding numbers, best shown as a spiral. A spiral staircase is often a common example, leading the eye down the spiral to the vanishing point.

Another way is to use the rule of triangles, known as the Golden Triangle. There are two main versions used, but there are many variations.
The photograph consists of a composition of triangles with sides of 1 : 2 : 3. This usually has three triangles, as below:

Another way is to use the rule of triangles, known as the Golden Triangle. There are two main versions used, but there are many variations.
The photograph consists of a number of triangles with sides of 1 : 2 : 3. This usually has three triangles.

Another is using 4 triangles.

Of course, any variation of triangles, such as centre-weighting, or multiples also work.

It can consist of a photograph of minimal objects, or one of multiple objects, as long as the golden triangle rule is followed.

For my examples see Depth and Balance – Images – Depth.

So what is balance? In simple terms it is where an image is equal across the photograph. This is done by composing the frame so that all areas of the image are perceivedequally. It is best achieved by using the rule of thirds, but avoiding areas that have empty spaces. Some photographs can work with open spaces but many work better with the space filled. It also involves symmetry, otherwise the viewers eye has difficulty concentrating on the image. This type of photography is known as Formal. Left-right balance. This is where the left and right of the photograph are equal, at least in the way the image is perceived by the brain. The balance between the top and bottom of the image have less impact. An example would be a landscape with a tree on the left, and a house on the right, yet the sky only fills a third of the image.

There is another form, Informal. This is harder to explain. Put in its simplest terms, it involves juxtaposing different elements so that they balance each other, usually a large and small object filling the frame, although not always. It can also be positioning the main subject to one side of the photograph, and filling the other half with smaller objects, or something that will draw the eye, but maybe less so than the main subject, or just having the subject offset.
For my examples go to Depth and Balance – Images – Balance.